What Charles Ramsey Can Teach Us All About Community Safety 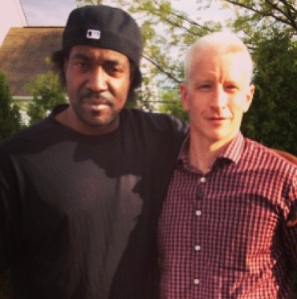 Charles Ramsey is a regular guy, an ordinary American citizen.  Except, he aided in the rescue of Amanda Berry and two other Cleveland women who had been missing for over a decade.  The women were being held captive in Mr. Ramsey’s next door neighbors house, unbeknownst to the entire neighborhood.  Mr. Ramsey had only been living in the neighborhood for a year and he had no idea that the neighbor he regularly spoke to; gave him his mail when it was mistakenly delivered to his house; ate barbecue with;  and even listened to salsa music with held three women captive.  When he heard a woman screaming from this same neighbors house, everything changed.  He responded to the screams, helped Amanda Berry escape and called 911.

Much ado is being made over Charles Ramsey-  his love of McDonald’s, his inadvertent but perfect product placement (like displaying a can of Red Bull on his Good Morning America interview as the way he has been coping with his new found marathon interview schedule), and the countless auto-tuned renditions of his interviews.  Although he has become the latest internet sensation I don’t think we should lose sight of  Mr. Ramsey the neighbor and the concerned citizen.    He did not ignore the screams, he went to investigate and in doing so he came to the aid of women in need.  So while most of the world is engrossed with Charles Ramsey parodies, I am thinking about what Charles Ramsey has taught us all about community safety.

1. Pay attention to your surroundings.

Be observant. If your neighbor has an abundance of mail in their box or door that they haven’t picked up this could signal that something is wrong, check in on them.  Report broken streetlights, and other safety/security breaches or problems that occur in your neighborhood.  If you hear a strange noise check it out or call the police.

2. Being a good neighbor is not the same thing as being in someone’s business.

Too often we turn a blind eye to what is happening in our communities and to our neighbors because we “don’t want to be in someone’s business”.  We are our neighbors keepers.  As neighbors in urban cities we often live close to each other but we don’t always speak to each other.  It is our responsibility as human beings to have civil interactions, by interacting with each other we know when things are not quite right and how to help each other if need be.

Don’t be a Coward and turn a blind eye, get involved. Don’t stand idly by and let unscrupulous activities take place in your neighborhood we must all be active in our communities.  Being a good neighbor requires you to be an involved participant, make yourself known and get to know your neighbors.

4. It’s not about being a hero it’s about doing the right thing.

I have heard it said once- doing the right thing has power.  Follow your inner compass, not because it will give you fame and acclaim but because it will simply guide you to the right things to do.  We are all human beings and we should treat each other with compassion, empathy and respect.  You never know how one seemingly small act can affect a neighborhood and a nation.