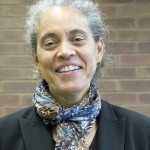 Fullilove is a board-certified psychiatrist who is interested in the links between the environment and mental health. She started her research career in 1986 with a focus on the AIDS epidemic, and became aware of the close link between AIDS and place of residence. Under the rubric of the psychology of place, Dr. Fullilove began to examine the mental health effects of such environmental processes as violence, rebuilding, segregation, urban renewal, and mismanaged toxins. She has published numerous articles and four books including “Root Shock: How Tearing Up City Neighborhoods Hurts America and What We Can Do About It,” and “House of Joshua: Meditations on Family and Place.”

Thompson is an urban planner and political scientist. He received a B.A. in Sociology from Harvard University in 1977, a M.U.P. from Hunter College in 1986, and a PhD. in Political Science from the City University of New York Graduate Center in 1990. Phil worked as Deputy General Manager of the New York Housing Authority, and as Director of the Mayor’s Office of Housing Coordination. Phil is a frequent advisor to trade unions in their efforts to work with immigrant and community groups across the United States. Phil’s most 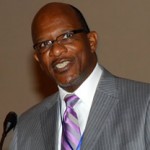 Little has held positions in the field of employment, public housing, research, and human services combined with university teaching and consulting. He served as Associate Deputy Director at the Housing Authority of Baltimore City, Director of Resident Services at the District of Columbia Housing Authority, and President of Community Vision Incorporated respectively. In these positions, he directed workforce development, social services, health programs, resident empowerment, grants and resource development, interagency partnerships and other services that enhanced the personal status of families.

He was Executive Vice President at Alliance Network based in Denver, CO. In this role, he expanded affordable housing programs globally and collaborated with an international network of organizations that transformed blighted communities into neighborhoods of choice. He has been a consultant for corporations seeking to increase market capacity by providing technology-based education, interventions for persons with special needs, integration of concepts and practices of sustainability in the management of public housing, and adaption of evidence based eco-green practices to reduce energy consumption and cost.

At present, Dr. Little is an Assistant Professor in the doctoral program at Howard University’s School of Social Work in Washington, DC.

In particular, Keating conducted an in depth study examining the role urban design and planning in mitigating intercommunity violence in Belfast, Northern Ireland, in 2009 with the assistance of the Forum for an Alternative Belfast (FAB) and Queens University Belfast. Keating’s subsequent comparative research in this area underlines the iterative process through which urban conflict, violence and insecurity shape community identities, social relationships, and urban design and development outcomes.

Keating received his MA in Politics from the University of Edinburgh in 2007 and his MCP from MIT’s Department of Urban Studies and Planning in 2010. 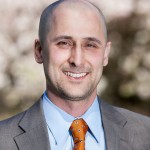 Friedman is the Co-Director of the Mayor’s Office of New Urban Mechanics, an in-house civic idea incubator that prototypes and pilots innovative, entrepreneurial projects in the civic space. Previously, Jeff was the Manager of Civic Innovation & Participation for the City of Philadelphia in the Office of Michael A. Nutter. He has led various initiatives to make City government (and urban governance generally) more open, participatory, transparent, entrepreneurial and innovative such as the City’s Social Media presence, Code for America, Philly311, and OpenAccessPhilly. Previously, Friedman was the Chief of Staff to the Chief Technology Officer in the Division of Technology, and Deputy Director of Performance Management/Project Manager for Philly311 implementation for the City of Philadelphia. Friedman earned his undergraduate degree from Temple University, where he also earned a law degree. 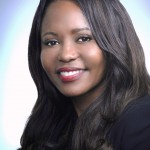 In 2008, Lue was appointed by the City of Philadelphia’s Mayor Michael A. Nutter to serve as the Director of the Philly311 Contact Center, a multi-channel platform for citizens to connect with the Philadelphia City government.

In July 2011, Lue was promoted to the position of Chief Customer Service Officer by Deputy Mayor and Managing Director, Richard Negrin, Esq. In this capacity, Lue is responsible for the implementation and management of customer service initiatives across every department within the Managing Director’s Office. Since Lue joined the City in 2008, she created the Customer Service Leadership Academy, an in-house training program for city employees; the Neighborhood Liaison Program, a community empowerment program within Philly311 and the Citizens Engagement Academy, a program to teach and encourage citizens to become civically active. For her community programs, the City of Philadelphia has been designated a “Citizen’s Engaged Community by the Public Technology Institute from 2010-2012. Rosetta also oversaw the implementation and launch of the Philly311 Mobile App which received City Paper’s 2012 Big Vision Award in the category of Government and Politics. 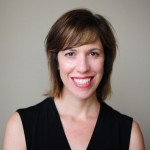 DiLeo Kim is a founding principal of Locus Partners, a women-owned, multi-disciplinary urban design firm, and has 16 years experience practicing architecture and urban design in both the private and public sectors. For the City of Philadelphia she is managing citywide and district long-term plans. As a designer and project manager she excels at coordinating multi-disciplinary teams and city agencies through planning and design phases, community outreach processes, urban design and master plan production, and the implementation and construction of long-range plans. Before forming Locus Partners, Danielle was an Associate with MGA Partners where she managed, designed, and led construction of master plans and buildings for institutional and non-profit clients. Danielle is deeply involved in Philadelphia community initiatives and is currently co-chair of the AIA’s Urban Design Committee. She was awarded AIA Philadelphia’s Young Architect Award for 2012.

At The Food Trust, Brian has worked to bring healthy food to underserved communities for over 10 years. He started his career at the agency in 2002 managing farmers’ markets across the region, and since 2008, he has been an advocate for public policies to bring healthier food retailing to underserved communities nationwide. Brian holds an MPA from the University of Pennsylvania’s Fels Institute of Government. 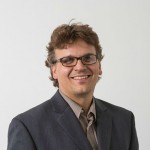 Michael Froehlich, President of Cedar Park Neighbors
Froehlich is the President of Cedar Park Neighbors, the community civic association that represents the West Philadelphia community straddling Baltimore Avenue from 46th Street to 52nd Street.  Cedar Park Neighbors fosters collaboration among all person living and working in the Cedar Park neighborhood, promotes community development, provides a forum for communication and community education, responds to neighborhood concerns, and advocates for and promotes the general welfare of the Cedar Park community.
During the day, Michael works as a lawyer with Community Legal Services (CLS). CLS is a nonprofit legal aid office that helps low-income Philadelphia residents obtain equal access to justice by providing them with advice and representation in civil legal matters; advocating for their legal rights; and conducting community education about the legal issues that affect them.
He is also a founder of the West Philly Tool Library, a neighborhood tool lending library located at 47th Street and Woodland Avenue.  He serves on the boards of UC Green and Shakespeare in Clark Park.  He and his four-year-old daughter, Zora, write a popular Philadelphia playground blog at zoraplays.org.