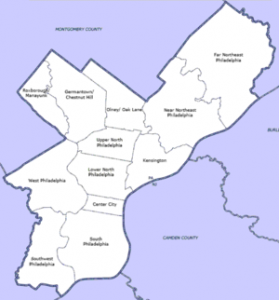 If I had a dollar for every time I’ve heard…
“I can’t believe that happened in this neighborhood”
“This neighborhood is really safe; if a crime happened here people would be shocked”
…I could fund some really cool community activities.
Recently, in a very trendy section of North Philadelphia there was a shooting at a popular bar and restaurant.   The quotes above and variations of them have been spewed from just about everyone that lives, works, and shops in the area.   The business owners and residents are now demanding more public safety measures from the police and city officials.  I am almost certain they will get them.   Last year, the city had several ‘flash mobs’ in areas downtown and the mayor instituted more police and a curfew as a solution.
Every time a violent or tragic event happens in a ‘desirable’ ‘cool’ ‘trendy’ (insert your own adjective) neighborhood, I almost always know what’s going to happen next.  There is a level of outrage that spawns ‘solutions’ that are not available or even thought of for ‘less desirable’ neighborhoods.   The police and civic leaders rush into action and talk tough about the unacceptability of crime and how they will work to prevent it in the future.   I do understand that for many reasons these (insert your own adjective) neighborhoods are able to mobilize themselves quickly and get a different level of attention from law enforcement and civic leaders (more on that in another post).   However, the truth is- violent crimes are happening almost daily in Philadelphia neighborhoods and in neighborhoods around the United States.
I am left to wonder-
It is my belief that we have to get past the idea of as long as my section of the city feels safe everything is alright; this thinking is all wrong.   I support safe cities for all citizens; to create cities of the future we must all do the same.  Who’s with me?

4 responses to “(Gasp)…Not My Neighborhood!”