Ikea’s Manual for Building a Neighborhood 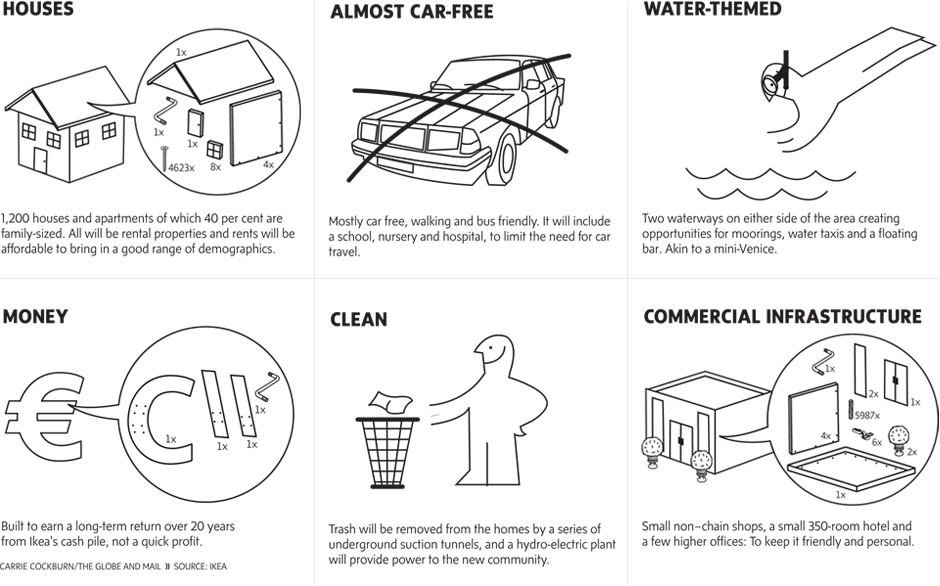 I really like to shop at Ikea; it’s a fun place filled with a bit of whimsy.  It inspires me to make my living space inviting for guests and it makes me want to optimize every nook and cranny.  I really appreciate the design of the stores, the product innovation, and the cinnamon buns.  So, I was really excited when I read that Ikea is getting involved in urban planning.  The Globe and Mail writes “Where the Swedish home-furnishings behemoth once placed a couch in a living room, they now want to place you and 6,000 neighbors into a neglected corner of your city, design an entire urban world around you, and Ikea-ize your lives.    A 11-hectare project in East London is leading the way.”   Immediately, I wondered if we could have this in America.

Imagine a place where you don’t need to drive to accomplish daily tasks; restaurants, shops, offices, parks, schools, daycare, and healthcare facilities are right where you live.  There are pedestrian only streets and zones, dedicated cycling routes, underground car parking and a focus on cleanliness.   Sounds cool right?!?! 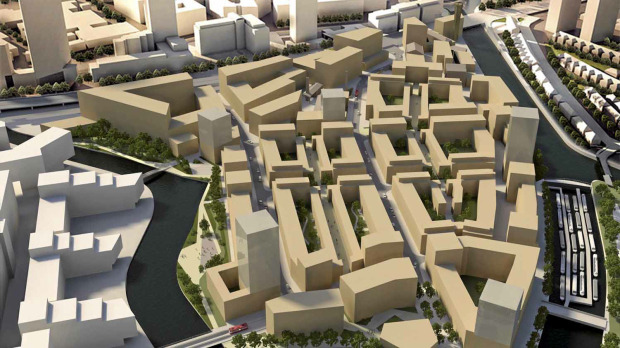 Andrew Cobden, the project manager says “We’d have a very good understanding of rubbish collection, of cleanliness, of landscape management,”  “We would have a fairly firm line on undesirable activity, whatever that may be….”  The article didn’t give any indication about the types of safety and security measures that would be put in place to prevent ‘undesirable activity’ and I sure hope Ikea doesn’t believe that the intrinsic coolness of the neighborhood serves as a method of prevention.

From what I read this sounds and looks like a utopian paradise (maybe even a compound) with Ikea acting as a municipal government of sorts?  I was almost, kind of, totally brought in until I read that you couldn’t own.   All of the sudden it changed from cool innovation to does Ikea want to become my big brother?  The Globe and Mail admit this is a foreign concept to most North Americans and Brits but it is the norm in places like Sweden and other parts of continental Europe.   Cobden says that by living in a mixed-income urban neighborhood in which none of the neighbors are owners “it is less likely that people will buy, wait for the value to increase, then become absentee landlords”.    I understand the point he is trying to make but I am not convinced– I wonder what happens when people don’t get the opportunity to have an ownership stake in their communities?   What happens when you can just pack up and leave when ever you want?  Of course you can do this as an owner but Americans are more brought into the idea of owning homes, having something of their own.

More importantly, I wonder if Ikea will be different than most urban developers.  Sometimes urban developers who are interested in ‘transforming’ urban neighborhoods create really cool and aesthetically pleasing structures that operate as silos in the surrounding community.  Once the neighborhood becomes desirable the property values start to go up and people who never paid attention suddenly want to live in the cool part of town.  I wonder if Ikea has taken gentrification into account and if they have plans on what to do about it— does Ikea-land get to be the one bright spot in a otherwise neglected community?  Don’t get me wrong I love it when I see neglected communities go from blighted places of distress to diverse, hip, happening culture centers but I also believe that everyone deserves to have safe, non blighted, eco-friendly housing options.

Overall, I think this will be an interesting experiment especially because Ikea says they are brought in for the long term.   I can’t wait to see how this turns out.